It’s been a good few weeks since i last posted anything on here due to a number of reasons such as being busy at home, busy at work and, truth be told, it’s hard writing stuff that isn’t just the same old shite each time.

Whilst I’ve been away from the screen the training has continued, the swimming is still monotonous and i cannot wait until the lake is warm enough to swim in just for some variety compared to the pool which hopefully won’t be too long now given the weather. I’ve been out on the bike which is as enjoyable as ever, especially with friends and it’s definitely my favourite discipline. The running has also continued and progressed which I’ll discuss in a minute.

It’s not all been positive though, two weeks ago i was struck down by some mysterious 24 hour fever which had me bed ridden for the best part of a day and sapped my strength for the whole weekend until my guts got back to normal which meant that my marathon was delayed.

I’m also having to work through a niggling ‘injury’ which i’ve self diagnosed as proximal hamstring tendinopothy, which is literally a pain in the arse. I know i should look at getting checked professionally but i just can’t seem to find the time to do that and it’s not holding back too much, i just have be mindful how to keep it under control and exacerbate it.

So the cycling is going ok and I’m trying to spend more time on the drops (the lowest part of the handlebars) or the Tri bars out front in order to be as streamline as possible and maximise my efficiency on the bike. Traditionally I’d only spend about 20% of the ride on the drops as I’d just find it too uncomfortable to be there any longer but little by little I’m managing to increase my time on them and they definitely make a difference, there’s some research out there which has shown how much of a benefit it is but i can’t recall the exact figures right now. I’m also becoming more efficient in terms of how much fuel I’m needing to take with me on a ride and how quickly I’m recovering after the climbs, etc so the stamina must be improving.

The running has reached a new high as well. Yesterday i completed my first marathon and not just that but i did it all on my own round my own local route without any other runners, etc and it was agony! Stairs are not my friends today and i have the knees of an arthritic pensioner. I decided to a local route which consisted of 3 x laps of just under 9 miles so that it not only replicated the main events run which is laps rather than a single loop or point to point but also to experience the tedium which might arise from seeing the same sights again and again and again. It also gave me the chance to sack it off and head home if things went really wrong. I was also a little tight on time as although my wife had kindly given me the morning off to do the run and take our little boy out, i was aware that we had planned to go to the cinema in the afternoon and didn’t want to ruin our valuable family time by being late on my run so after walking the dog i set off on the run with my visor on to keep the sun out my eyes, my running vest on so that i didn’t overheat and my calf compression socks to help me through the run. I also made sure that i lubed up with run guard on the old nipples and other chafe points as there’s nothing more off putting than chafing (apart from a blister obviously). I decided to take 5 gels with me as I’ve figured out that one every four miles is around the best ratio for me as otherwise my guts are in bits. I also had my 2 x 250ml water bottles on my belt, each with a zero tab in it as i wanted to make sure that i kept my salts and electrolytes up given the inevitable sweating that was to come. I set off and made a conscious move not to look at my watch for as long as possible and this ended up being 12 miles before i checked my pace and time, etc to see that I’d been running reasonably comfortably at an average pace of 8-8.30 min/mile and was on for doing a sub 4 marathon on my first attempt, what a result! Or so i thought. Hello 18 miles and my new hell as my calves and knees just seemed to stop working. I’d drank all my fluids so called in to the first shop that i came to and stocked up despite nearly falling out with the time wasting prick that was monopolising the cashier. The run now became interspersed with the occasional bit of walking and stretching as i tried to drag my arse round the third and final lap. Fortunately there was no stitch and no blisters or pulled muscles, just very tired ones and despite all my best efforts and a second pit stop for fluids i missed out on the sub 4 time as i crossed the virtual finish line in 4.07.03 but i was still pleased that I’d managed to do.

I walked the last few hundred metres home to be met by my family and an excited little boy who couldn’t wait to go to the cinema. I threw some recovery shake down my neck, another pint of fluid and then literally crawled upstairs, laid on the bathroom floor and struggled to get undressed. I sat on the shower floor as the water brought some life back into me enough to put my recovery skins on and some other clothes before heading off to the cinema with my son ready to wake me up if i fell asleep in the movie (i didn’t).

There’s about 8 weeks to go to the big day now so it’s time to start bringing things together with brick sessions where possible and outside swimming asap. That is once my knees don’t cry when they see a step that is. 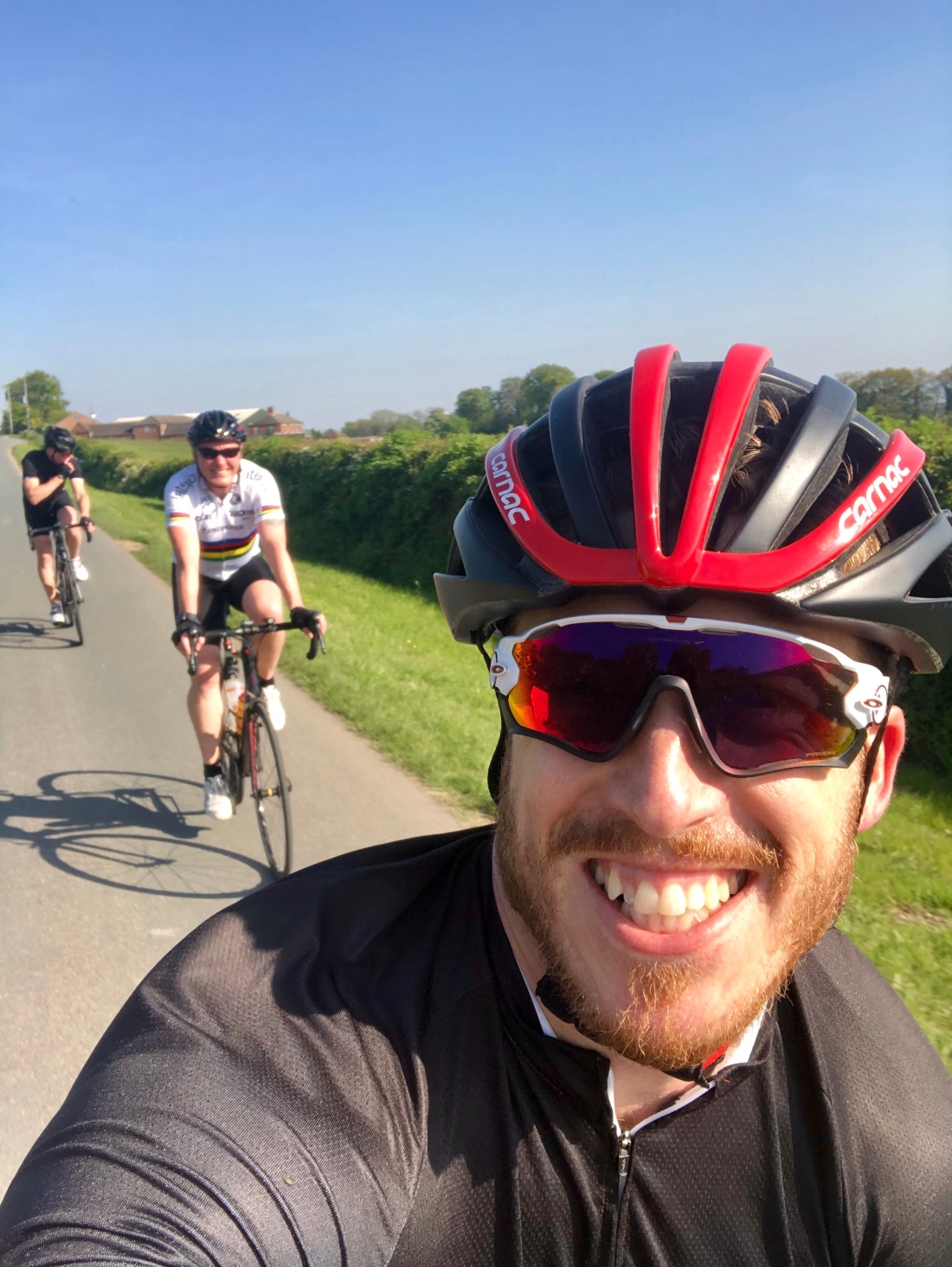 View all posts by chuckbecker